Telemedicine use has increased in response to the COVID-19 pandemic and is gaining acceptance in workers’ comp. While some obstacles remain, telemedicine has the potential to expand care delivery options and speed recovery times.

For some time now, telemedicine has held the promise of reducing costs for payers and improving access to care, first in general healthcare and then in workers’ comp. Until the unexpected – and unwelcome – arrival of COVID-19, this promise was largely unfulfilled. But the necessity of keeping people safe during a pandemic has accelerated the use of telemedicine across the board.

According to a recent study by McKinsey, consumer interest in telemedicine rose from 11% to 76% during the pandemic, 57% of healthcare providers said they viewed telemedicine more favorably, and 64% of providers are comfortable using telemedicine. In the course of just a few months, telemedicine physician visits rose 50 – 175x, depending on geography and type of practice.1 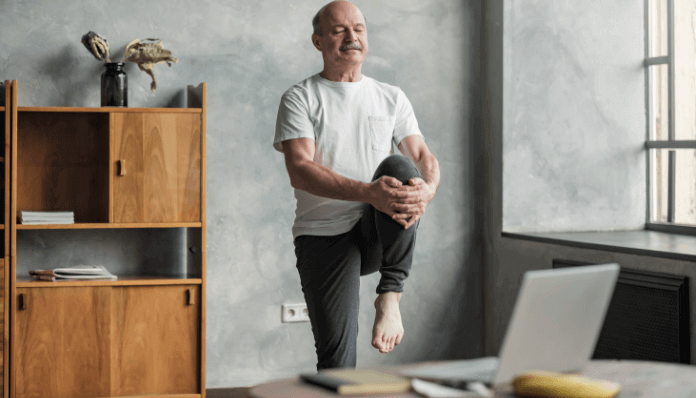 During the pandemic interest in telemedicine
rose from 11-76%

In workers’ comp, telemedicine also gained wider acceptance during the pandemic as many states relaxed restrictions regarding its use for injured worker patients.2 The types of changes made by the states (and CMS, which guides rules for some states) vary and include: allowing additional services to be delivered via tele technologies; relaxing provider licensing requirements; amending reimbursement rules (often reimbursing at the higher office visit rates to encourage telemedicine use); and allowing different modes of technology, such as audio-only calls.3

Many of the legal and regulatory changes regarding telemedicine are temporary, and it remains to be seen which will become permanent and where. Workers’ comp stakeholders had hopes of cost reduction through telemedicine, both indirectly by speeding recovery times with better access to care, and directly through lower provider fees for virtual visits. To encourage the use of telemedicine during the pandemic, many states have allowed in-office reimbursement rates for virtual visits, which eliminates the direct savings incentive and makes the reimbursement question an important one going forward.

Exactly which medical services can be effectively delivered through telemedicine is also yet to be determined. Currently, fewer than 100 medical services are approved for telemedicine by CMS, which is a small fraction of the 8,000+ services covered by Medicare and Medicaid.3 The number of medical services we commonly see in workers’ comp are much fewer and, while some services will always require that the provider and patient be physically together, a significant portion of injured worker care could potentially be delivered virtually.

Nearly 80% of injury related healthcare visits are for musculoskeletal problems4 and the top 5 injury types in workers’ comp5 are: 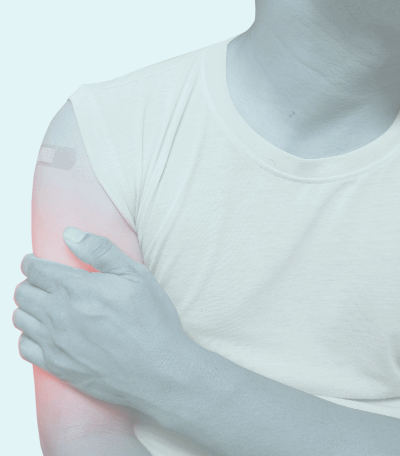 The severity of injury can vary in all categories and telemedicine is clearly inappropriate for initial – and possibly any phase – of treatment for a catastrophic injury. But patients with more routine injuries might be able to take advantage of telemedicine options for the following:

Even before the pandemic, some large employers were exploring the use of telemedicine as a way to offer more rapid and convenient injury assessment for their injured workers.6 Virtual consultations with nurse case managers can be used to evaluate a worker’s injury from various locations, including the employment site where the injury took place or the injured worker’s home. Virtual meetings make it possible for a nurse case manager to see and listen to the patient and determine if self-treatment is a viable option or if consultation with a physician is necessary.

Nearly half of physicians report using telemedicine for patient visits, a significant increase from the 18% who reported doing so two years ago.7 Some physician visits can be accomplished more quickly and just as effectively through a virtual meeting. Depending on the injury, initial medical exams can be conducted virtually, which reduces the time between injury, diagnosis, and treatment. Physicians also maintain the option of advising patients that an in-person visit is required.

The nature of injuries commonly seen in workers’ comp are often helped with physical therapy (PT). A recent WCRI study found that the benefits of early PT, particularly for lower back pain are many – reducing MRI testing, opioid use, claim costs, and temporary disability duration8. Physical therapy sessions can be delivered through live video meetings, recorded sessions, and mobile apps, which could go a long way in getting PT started sooner.

Over 50 million adults in the U.S. have some type of mental illness and more than 50% of them received no treatment in 2019.9 This is partly because access to mental/behavioral health professionals is very limited in non-metropolitan areas where the number of providers average one third to one half of those in metropolitan areas. For example, in metropolitan areas, the average number of psychologists available is 33 per 100,000 residents, while in non-metropolitan areas that average falls to 14 psychologists for every 100,000 residents.10 Virtual meeting options can greatly increase access to therapy, not only during a pandemic, but at all times. Mental health conditions and psychosocial issues are a growing area of focus and concern in workers’ comp, according to Healthesystems’ most recent industry survey.11 Conditions that are commonly experienced by injured workers – and which contribute to longer recovery times – such as depression and substance abuse, may be good candidates for virtual therapy, depending on the nature and severity of their condition.

Over 30% of industry stakeholders who participated in the Healthesystems’ 2020-21 survey reported that their organizations added or increased video case management meetings due to the COVID-19 pandemic.11 As with other remote work accommodations we made, video case management meetings have the potential to improve efficiency and effectiveness going forward. Video conferencing can facilitate meetings with injured workers, as well as other healthcare professionals, providing a more personal meeting experience without the added time, cost, and inconvenience of traveling to a common location.

A recent study on the role of telepharmacy for medication counseling found that remote pharmacy services delivered care efficiently and resulted in higher rates of pharmacist interventions and drug regimens being changed due to potential interactions or contraindications, and a lower incidence of medication dispensing errors (MDEs).12 In workers’ comp, where pain medications are common, identifying and reaching out to high-risk patients can reduce complications due to drugs of concern and/or polypharmacy, as well as ensure correct use and adherence for necessary medications.

As noted, telemedicine is not appropriate for all medical services. Serious injuries and illness demand in-person attention, and most diagnostic tests and all surgeries require physical contact with the patient. In addition to these obvious exceptions, some patients may feel that they are not getting proper care with a telemedicine visit and prefer to see their healthcare provider in person. There are also important privacy concerns and fear of fraud in both general healthcare and workers’ comp. 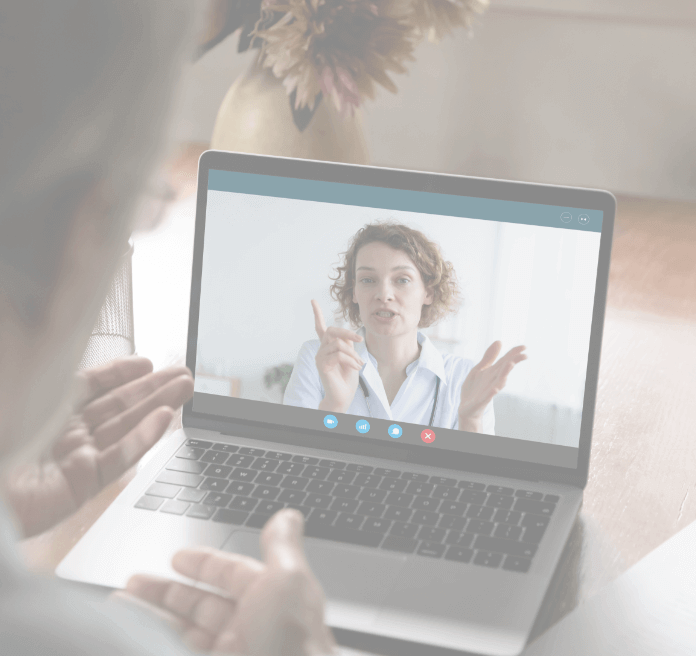 Benefits of Telemedicine for Workers’ Comp

Reduce time away from work for employee healthcare visits

Lower costs for payers and employers

Virtual meetings of all kinds and for many purposes have increased dramatically since the pandemic and many workers’ comp stakeholders have become accustomed to using remote technologies. However, significant disparities still exist regarding access to reliable technology, skill, and comfort levels. For those circumstances where telemedicine and virtual meetings are appropriate, the following guidelines can help to make the experience successful:

Research and use the right technology. Security, quality, reliability, and ease of use are all important considerations when using virtual technologies. Each organization must ensure that personal health information is not at risk and that the meeting experience will be as smooth as possible. This applies not only to internal technology, but also that of providers and vendors.

Secure patient consent. The choice of whether to engage in a virtual environment should always be left up to the injured worker patient. Telemedicine options should be offered as just that – options. Assure patients up front that traditional physician and physical therapy visits are still available and/or that video meetings are not required in lieu of phone calls or in-person visits.

Provide clear instructions in advance. Telemedicine appointments are different from office appointments and can also vary from one another. Providing step-by-step technical instructions as early as possible, and then following up with reminders, will help ensure that all parties will be ready at the agreed start time.

Create a professional environment. Virtual meetings between all and any stakeholders should be treated with the same respect as in-person meetings. For patients especially, an aura of authority and expertise are important to instill confidence that they are being properly cared for.

Be personable. Virtual meetings are by their nature less personal and lack the benefit of physical proximity and body language to aid in establishing rapport. A smile, a warm greeting, and a little small talk to start the meeting can help make participants more comfortable. Maintaining eye contact and indicating attention and empathy also help to assure people that they are being seen and heard.

Set and review the agenda. Saving travel time does not mean that there is time to waste in telemedicine appointments. Meetings will be more productive and valuable for all concerned when there is consensus about what needs to be accomplished.

Summarize and set next steps. When a virtual meeting ends, participants no longer have ready access to one another to turn back and ask a forgotten question. Patients are particularly likely to think of things they wished they had asked after the fact. Summarizing what was discussed and accomplished during the meeting, allowing time for additional questions, and confirming agreed-upon next steps will go a long way in carrying out objectives.

Telemedicine cannot – and should not – replace in-person care. Providers may need to be physically with their patients to deliver optimal care under some circumstances. In general healthcare, approximately 20% (or $250 billion in spend) of outpatient, office, and home health services could potentially be virtualized.1 In workers’ comp, where the range of injuries and illnesses is smaller, the percentage might be higher. Telemedicine offers opportunities to supplement care and expand options for injured workers. More convenient access to care through technology – along with educating and empowering employees and patients to use that technology – has the potential to accelerate diagnosis and treatment, increase adherence, speed recovery, and ultimately improve claims outcomes. Obstacles do remain, but a combined effort to overcome those obstacles could reap significant rewards for the workers’ comp industry.